This Sci-Fi project was designed in Maya and rendered in unreal engine 4. All these textures were created in Quixel NDO,DDO and Photoshop. It takes nine weeks from draft to this final position.

It is the second official and professional project that I try to make it in UE4. From the last project Sci fi Tunnel, I learned a lot about modeling and texture. So during this project, I will try a new style mainly on texture and lighting rendering.
​
Project duration: 9 weeks
Program use: Quixel NDO, DDO, PhotoShop, Unreal Engine 4. 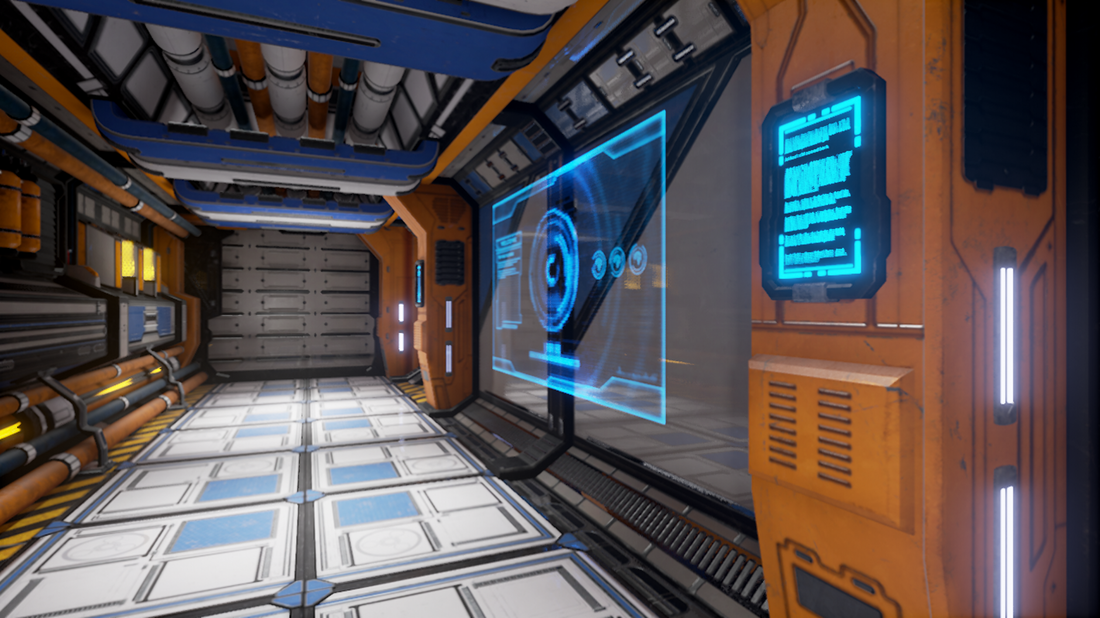 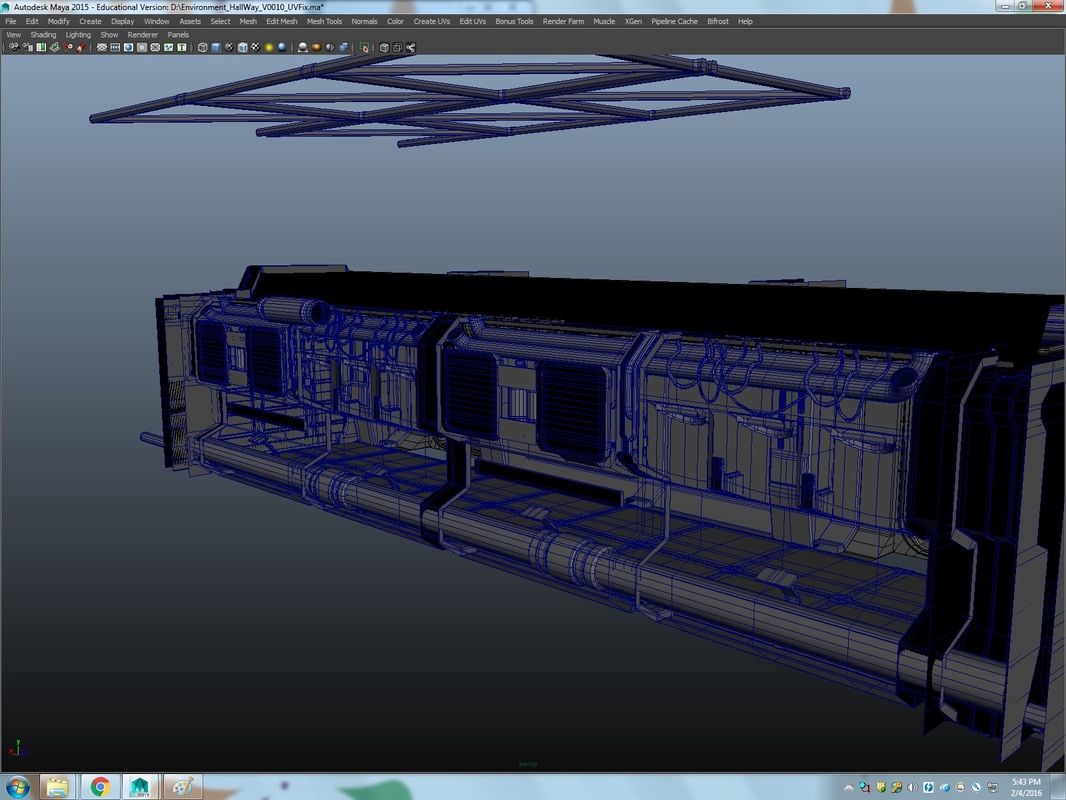 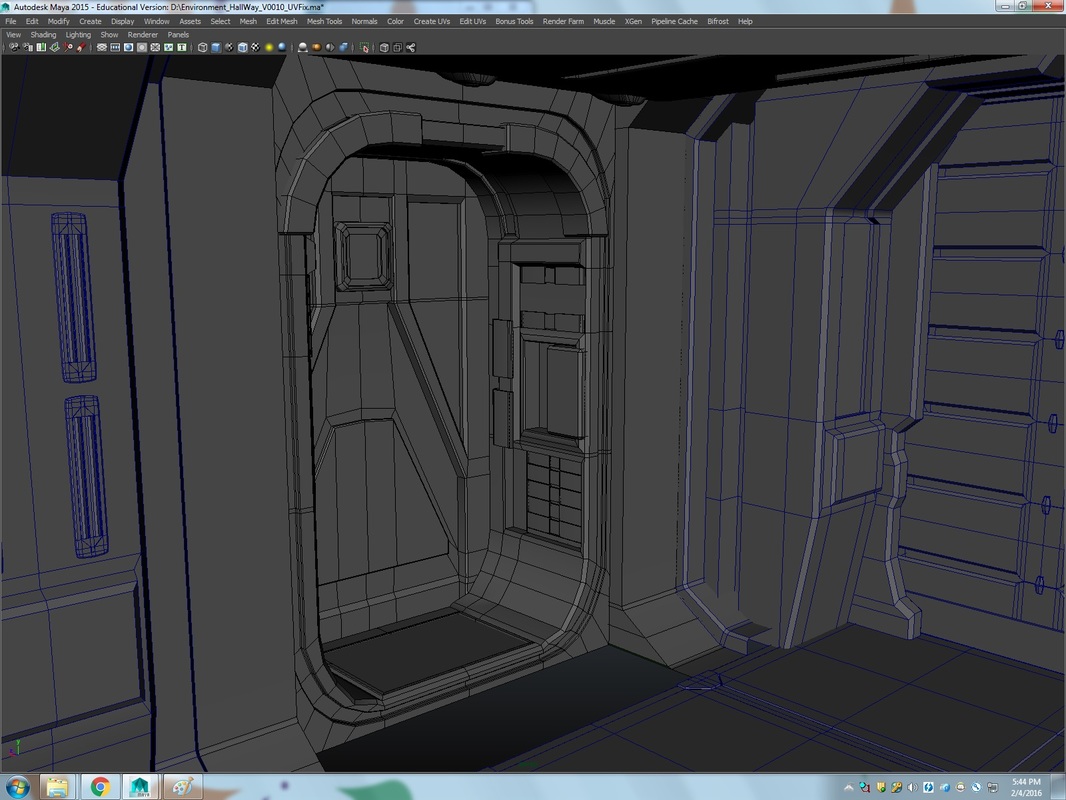 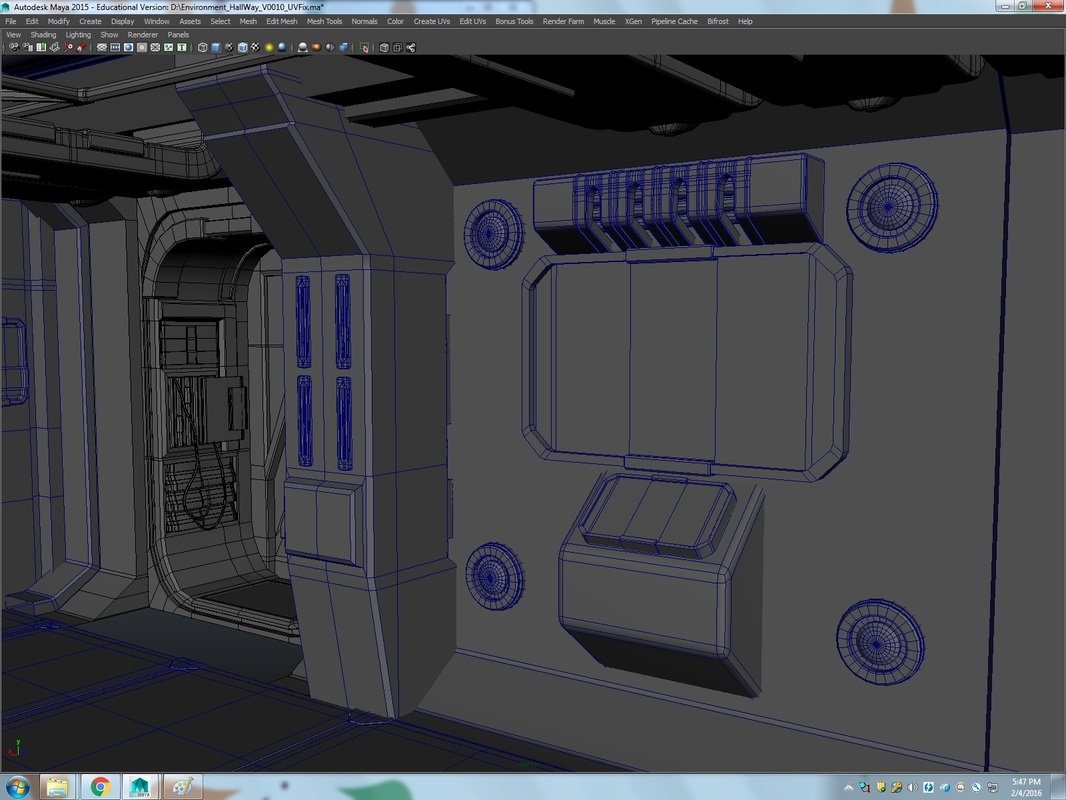 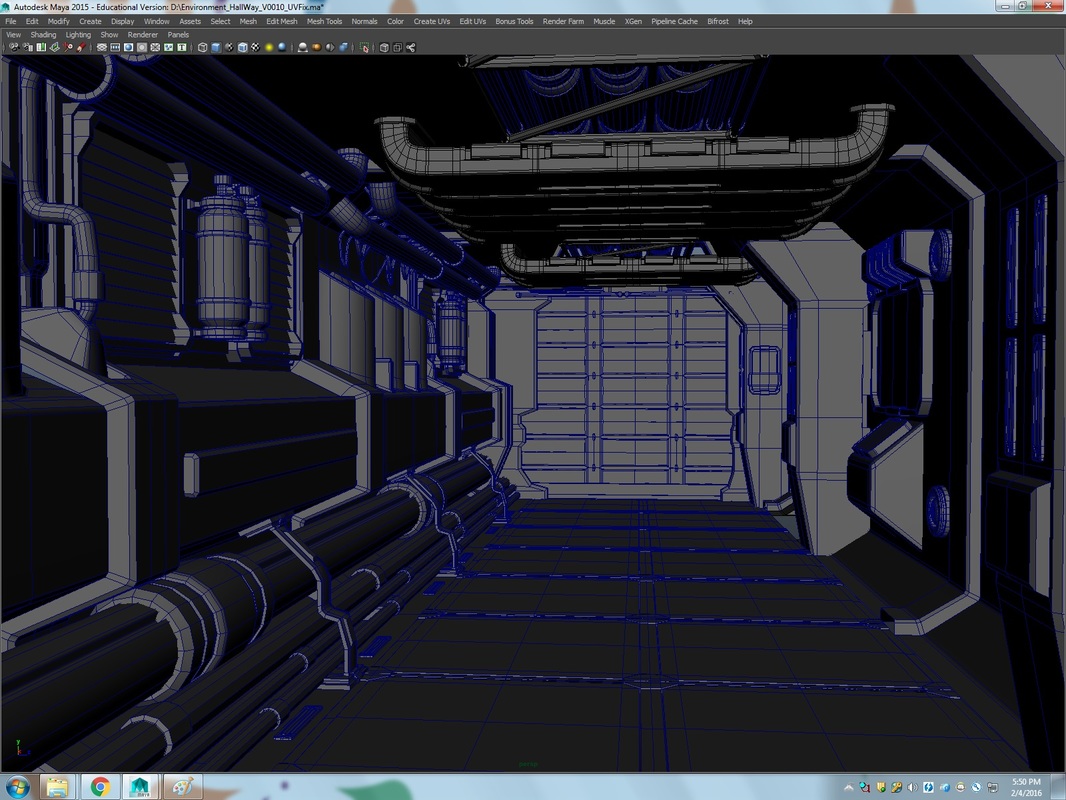 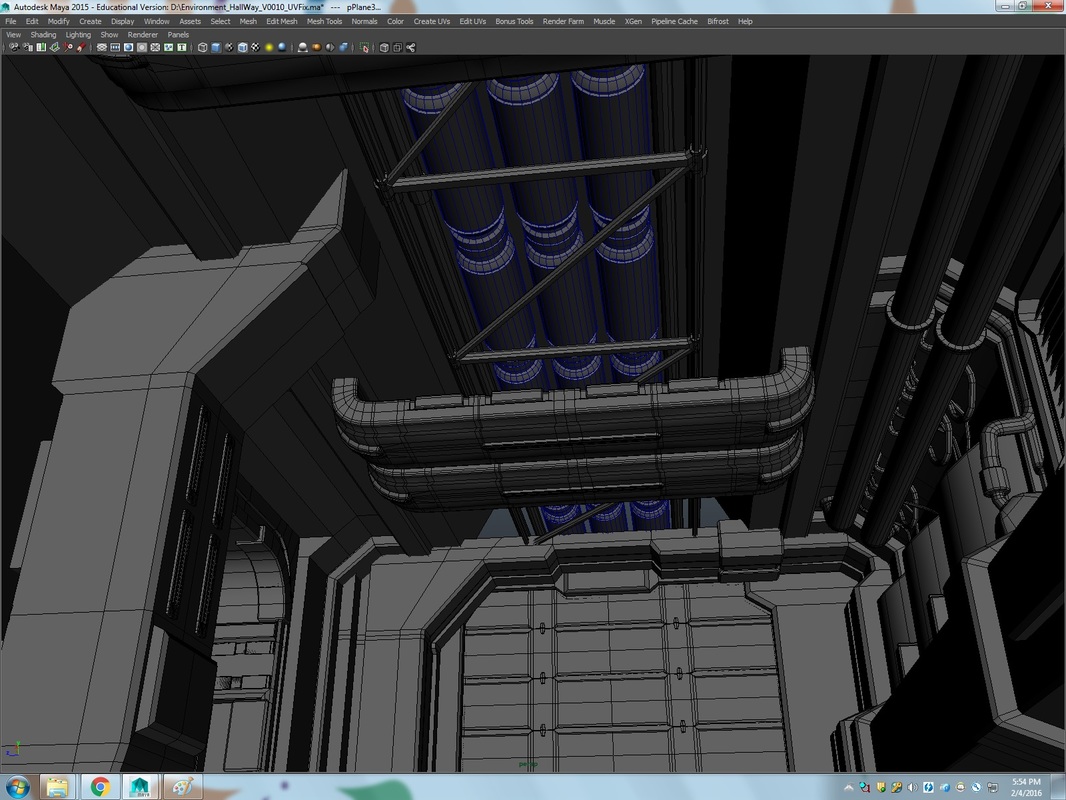 After considering the fact of playable levels, I try to keep the ploy count in a reasonable range. Comparing with last project, I do realized the object edges need to bevel to reveal the correct reflection and rust.

Next step is about UV and texture. All maps will be generate from Quxiel and edit in Photoshop. Most material-shaders will be form with five different mpas include color, AO, Normal, mentalness and roughness map. Some of assets will receive one more black-white map for emissive light.

The following Images is showing the progressing of rest my quarter. 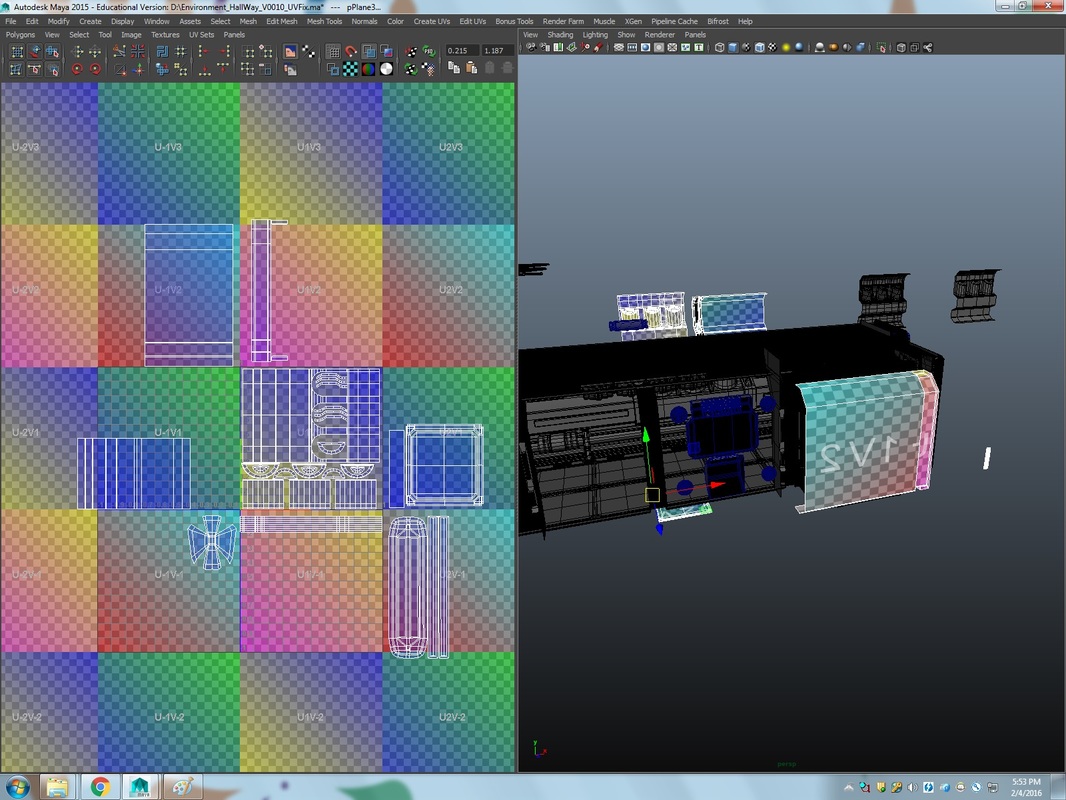 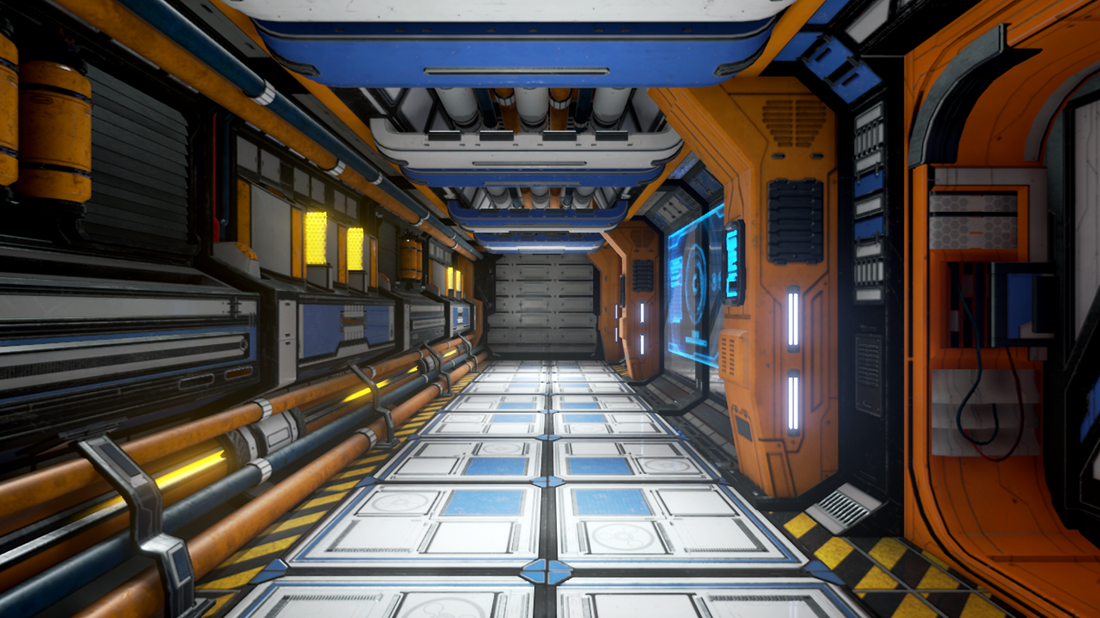 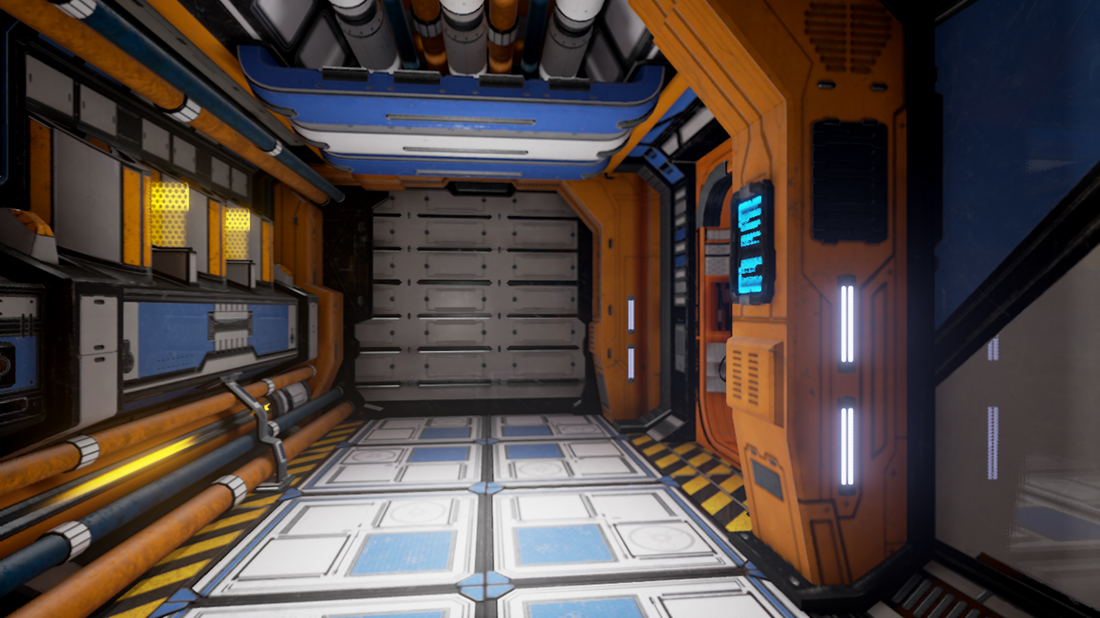 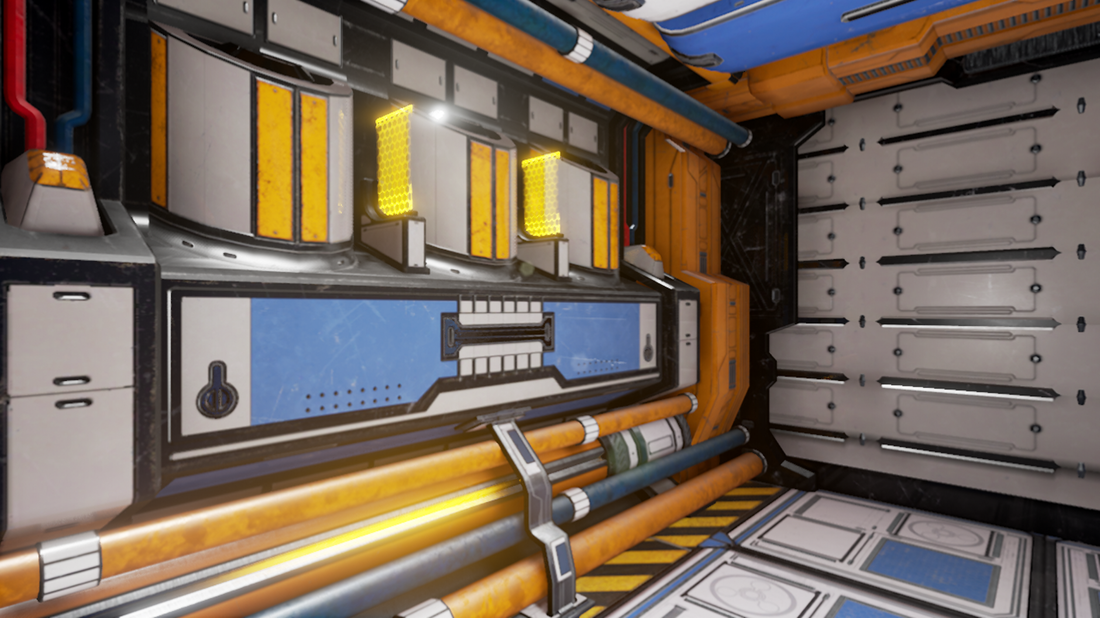 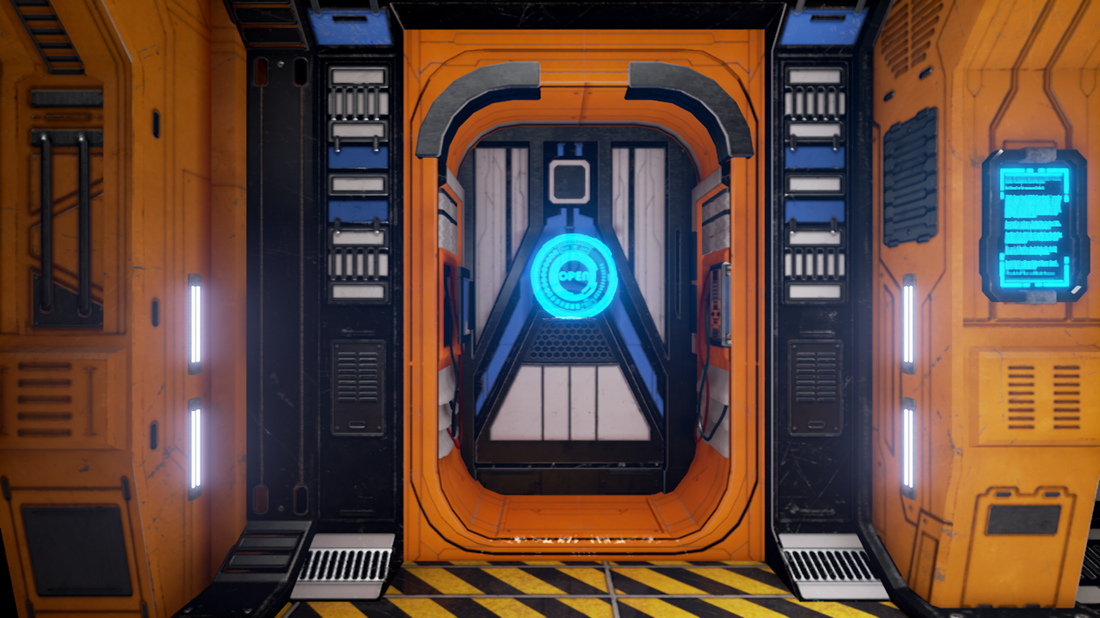