The following models were created in Maya with only 148 polys of straight tunnel and 254 polys of T-shaped tunnel. The game was targeted for mobile devices which limited the graphical complexity of the models.
The following assets for Infinite Runner are rendered from Maya 2015. The textures are designed in Photoshop and the normal maps are created from Quixel NDO2.
The following is game-play video for infinite Runner. To ensure fluid gameplay on mobile devices, the models used only diffuse maps (and no normal maps).
​
I initially created four different possibilities for the game environment before settling on the tunnel design in the bottom-left panel. But, personally, I love the second design. Because the road is not symmetrical on the two side which do give players more emotion.
​ 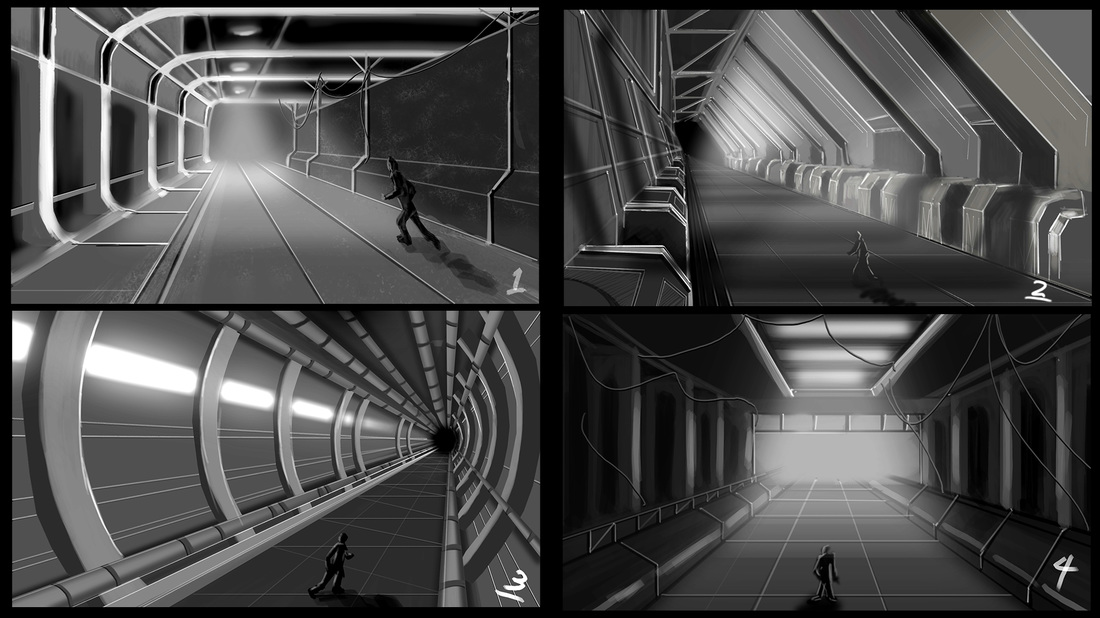 Shadow Island is a 3D side-scrolling video game developed in Unity 3D in 2013.
I am the team leader and also the environment, assets designer.
Assets designed in Maya and all maps generate from Xnormal.
All concept and Level design done by me.
All level assets and object animation done by me.
All particle systems done by me.
Project duration: 9 weeks
Program use:  PhotoShop, Maya, Unity3D, Xnormal

The following slideshow introduces the background story in five scenes. It begins on a night with no stars and no moon, a night that makes us ask  "What have we done for all the Gods to abandon us."
​
The following slideshow displays game assets and textures. This was my first time using Unity 3D so many of the techniques I used were inappropriate and the end product is not ideal. However, it was a great learning experience.
​
This following video shows the first two levels of Shadow Island. Ashe journeys to the heart of the island to save her younger brother Ti-Mi from the dark lord. Along the way, she enlists help from the sprite Erl whose soul has been trapped by the dark lord. They'll need each other's help if they are to thwart the dark lord.