From the experience of the previous work, this environment design is focusing on the story telling and events through unreal blue print. All static meshes in this environment are belong to Unreal free assets "Infinity Blade". But the Rain material and Particle system are my designs.

On a rainy morning, union’s army accidentally encountered the German defense forces. In battle, Anderson had to retreat all the way to a nearby abandoned church and waiting for a change to strike back.
This short level is separated to two different area. In the ruin of church, player will hear the gun fire around. Later on, player need to fight through the enemy circle and run to the next safe area. 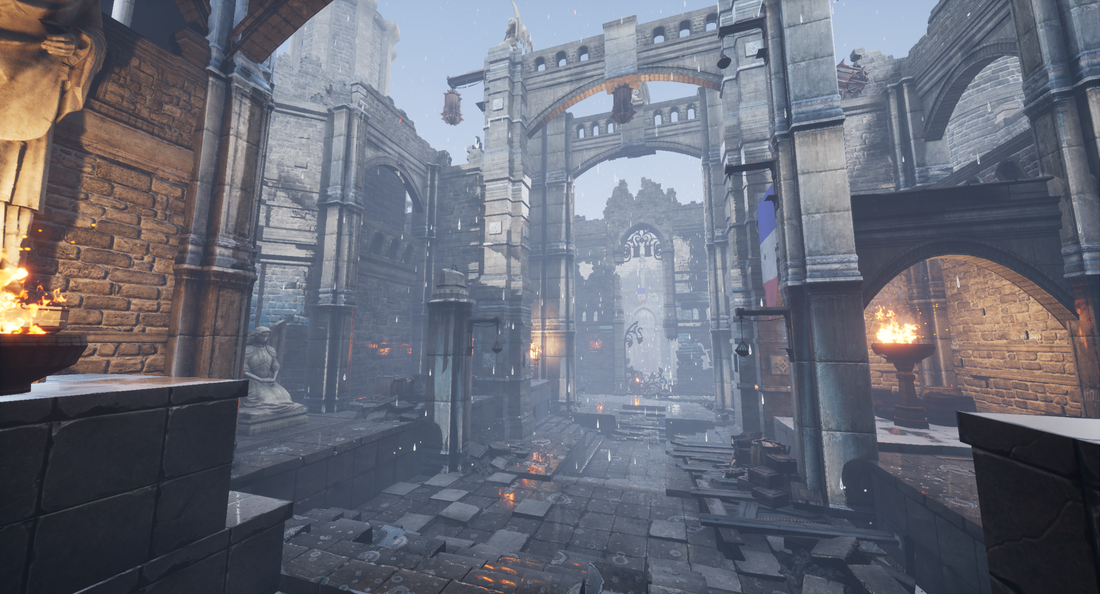 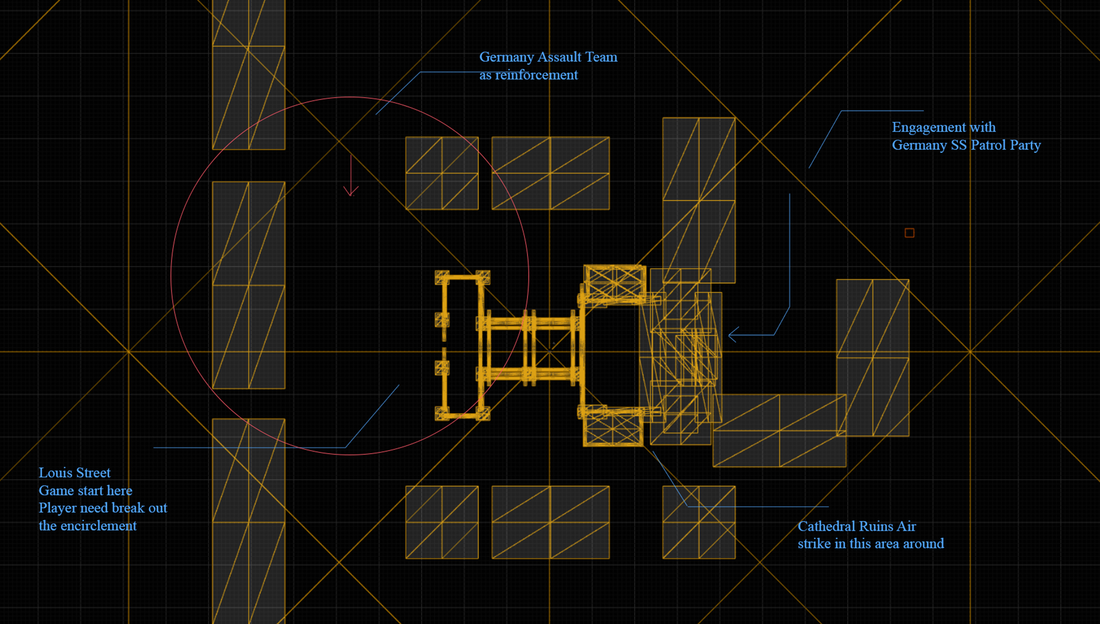 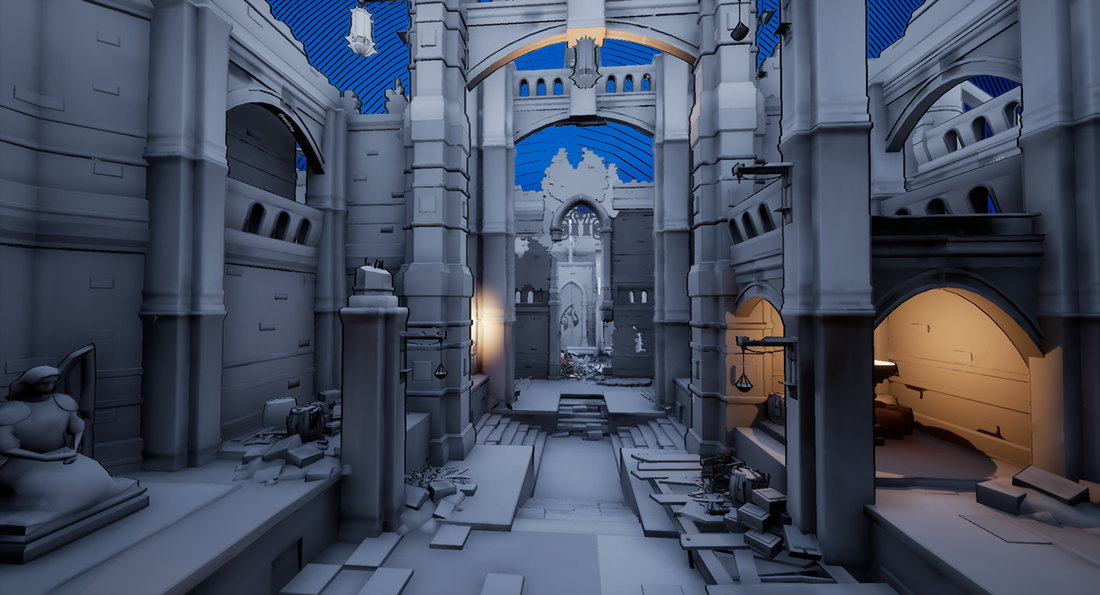 Even all material is from the out source, but the raining system is made by myself. The material will applied on all assets in the scene to show the raining effect.  And the particle system will provide really water drop as rain.
​
The rain material can be predesignated in shader or changed by time. It also will read the direction of the assets to show the different effect. The face up side surface will has rain ripple and other side will has water wave coming from top side. 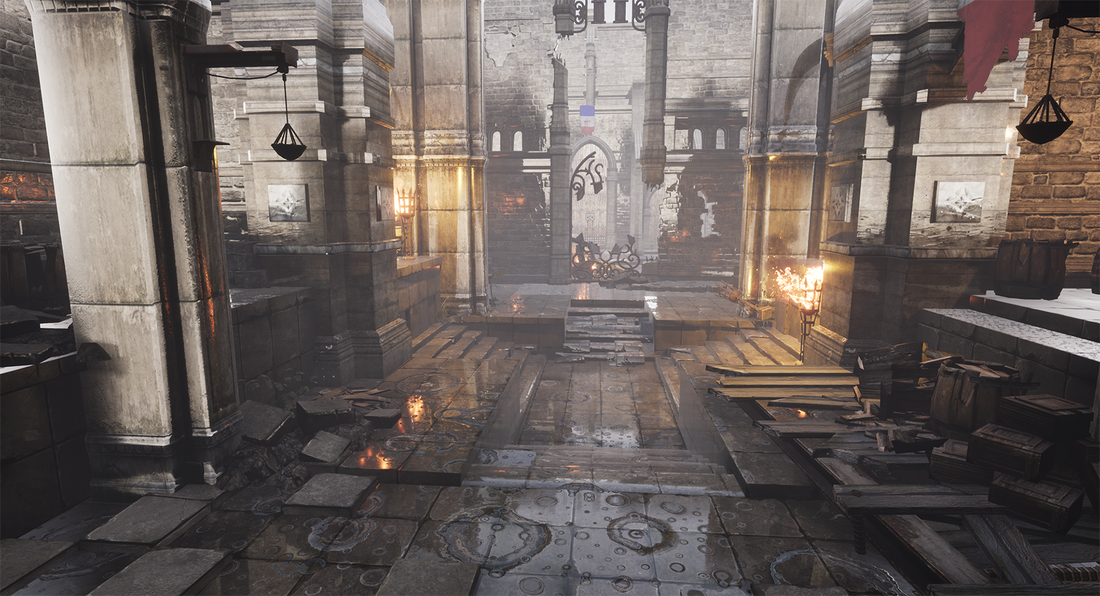 The level blue print will hold all events happened in this area. All other event is made with blue print actors and will be triggered by the collision box.
Once the player spawned in the scene, player will hear the gun fire from distance. And shortly after, the German air force will fly through the sky and dropping the bomb on its path. If player starts to move around, you can hear other unknown army try to break the gate behind the spawn point. And when the player plan to go out the church, you will facing the German Tank just pass the front and start your fight.